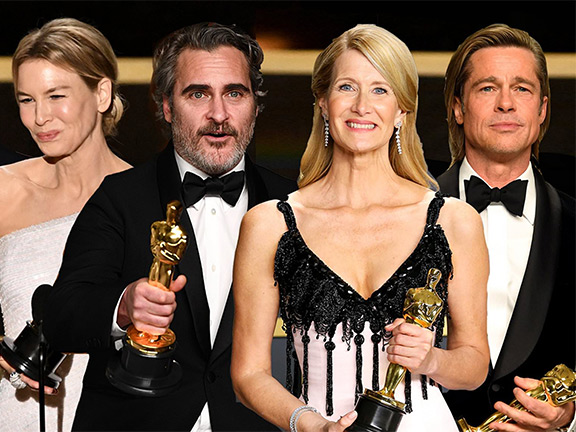 The moment we all have been waiting for! It's the end of the award season which means It's time for the 92nd Annual. Academy Awards! Aka, The Oscars...While we loved keeping track of all the winners, we can't wait to dive into the head-turning looks of the red carpet and witness all of our favorite stars' iconic dressed to the impress moments. From ruffles and long trains to capes and belts, there was a little bit of everything. But before we get to all that, here is the complete list of the winners from all the major categories of the 92nd annual Academy Awards.

Best Supporting Actor: Brad Pitt –Once Upon a Time in Hollywood 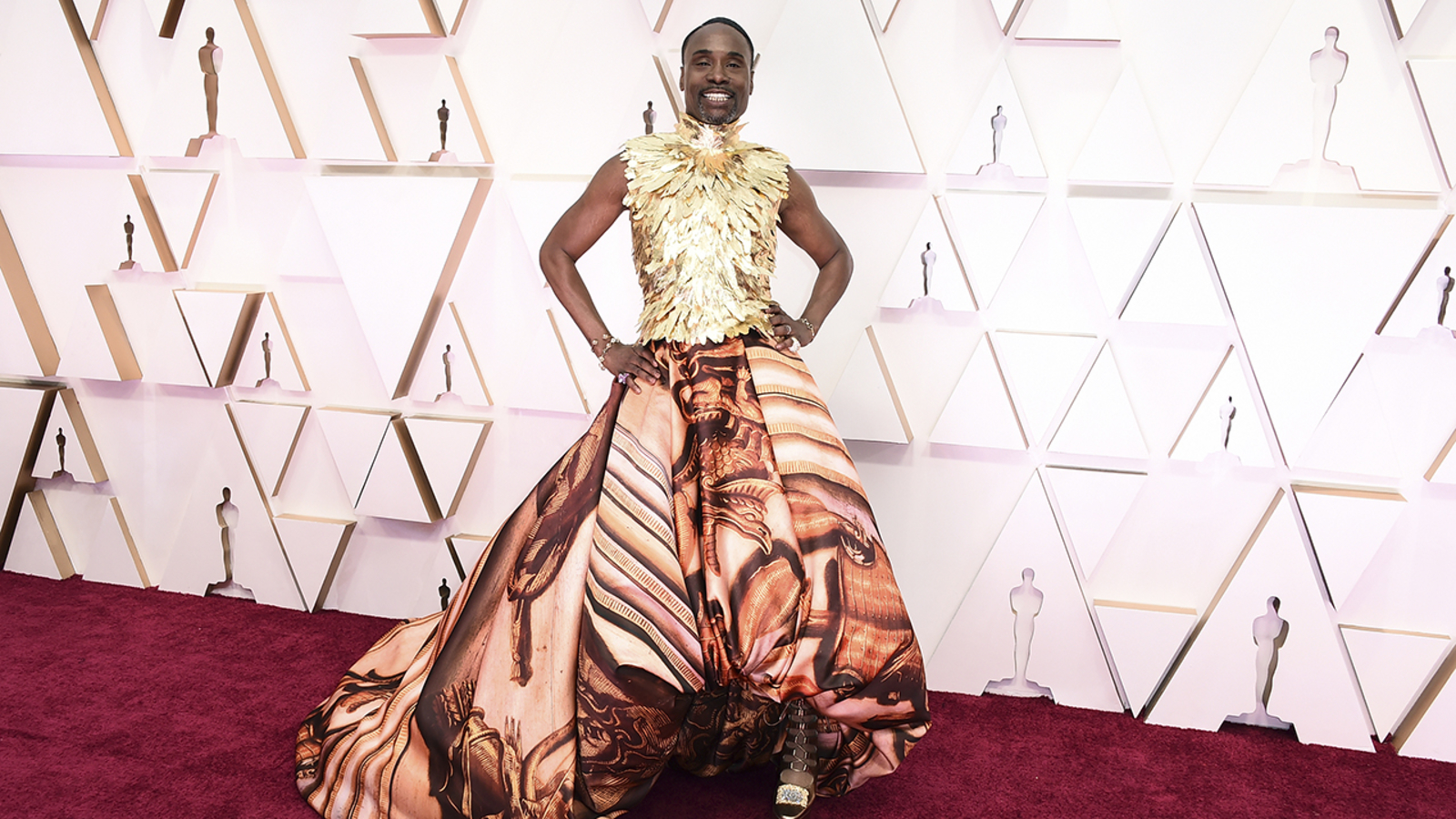 Now time for some shine and sparkle! Take a look at our favorite celebrities competing to earn the best-dressed title. One thing is certain that as we round up the award season the only name who managed to sweep the red carpet and take things one step further would be the one & only Billy Porter. Last night's look was no exception, he continued his OMG moments on the red carpet by dressing like... an Oscar! He mixed a sleeveless top with gold feathers and a floor-length skirt featuring a bold orange print from Versace. Let's see the rest of the A-listers and the designers accompanied them during their big night. 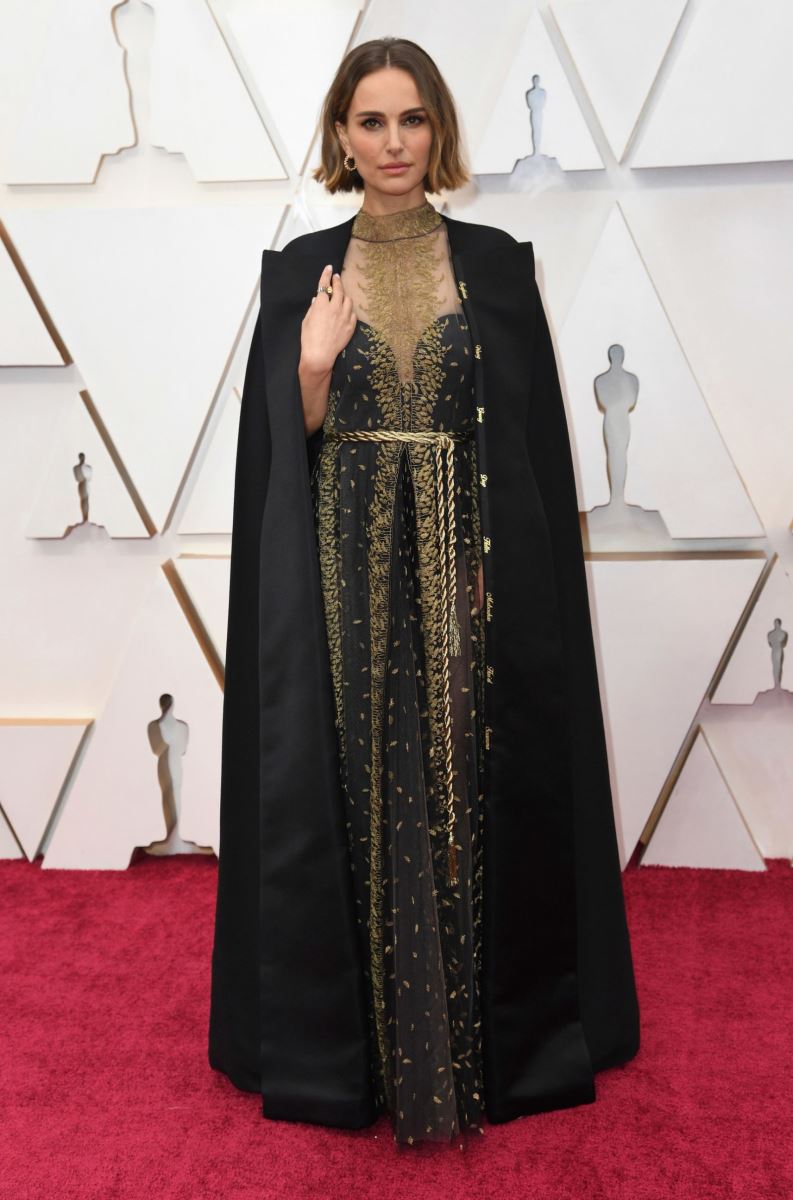 Natalie Portman made a statement in Dior haute couture, all the names of the female directors that haven't got nominated were engraved in gold on her neckline. 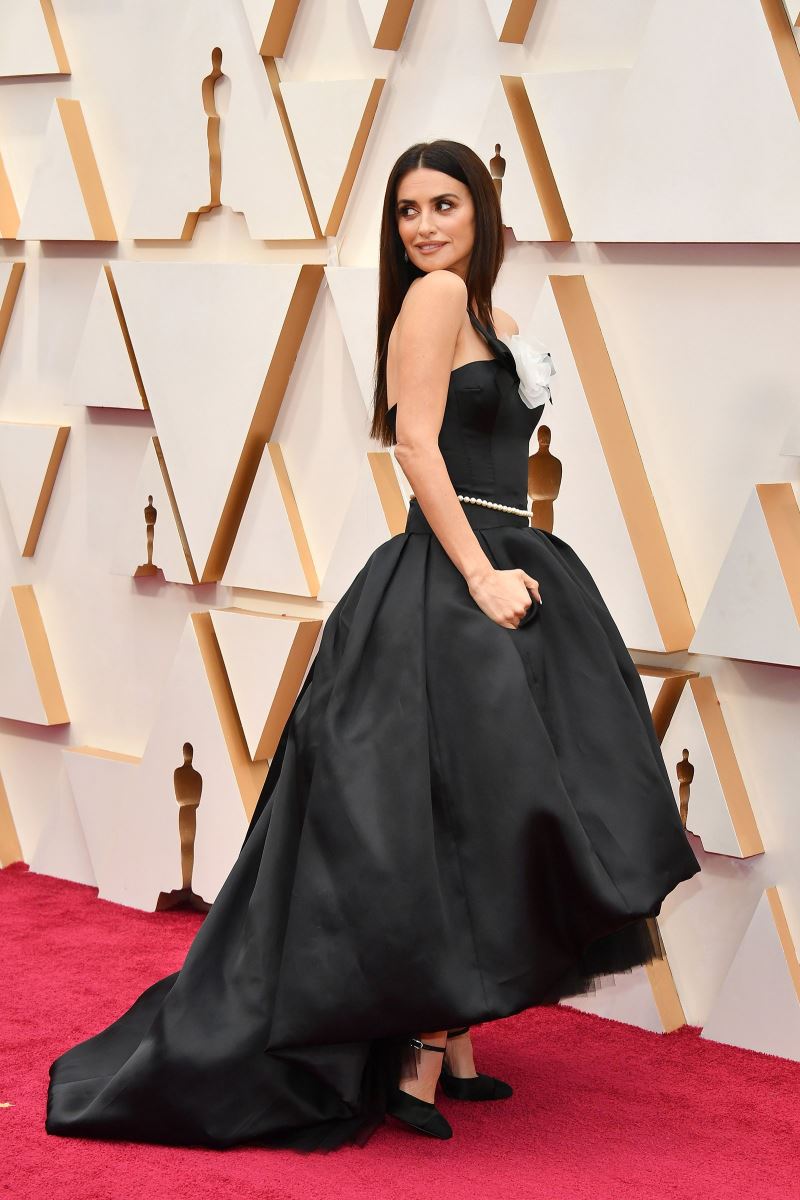 Penelope Cruz looked beautiful and pure in a vintage Chanel haute couture gown. Enhanced with a signature white rose and pearl belt details, making it easier for everyone to guess the creative mind behind the dress. 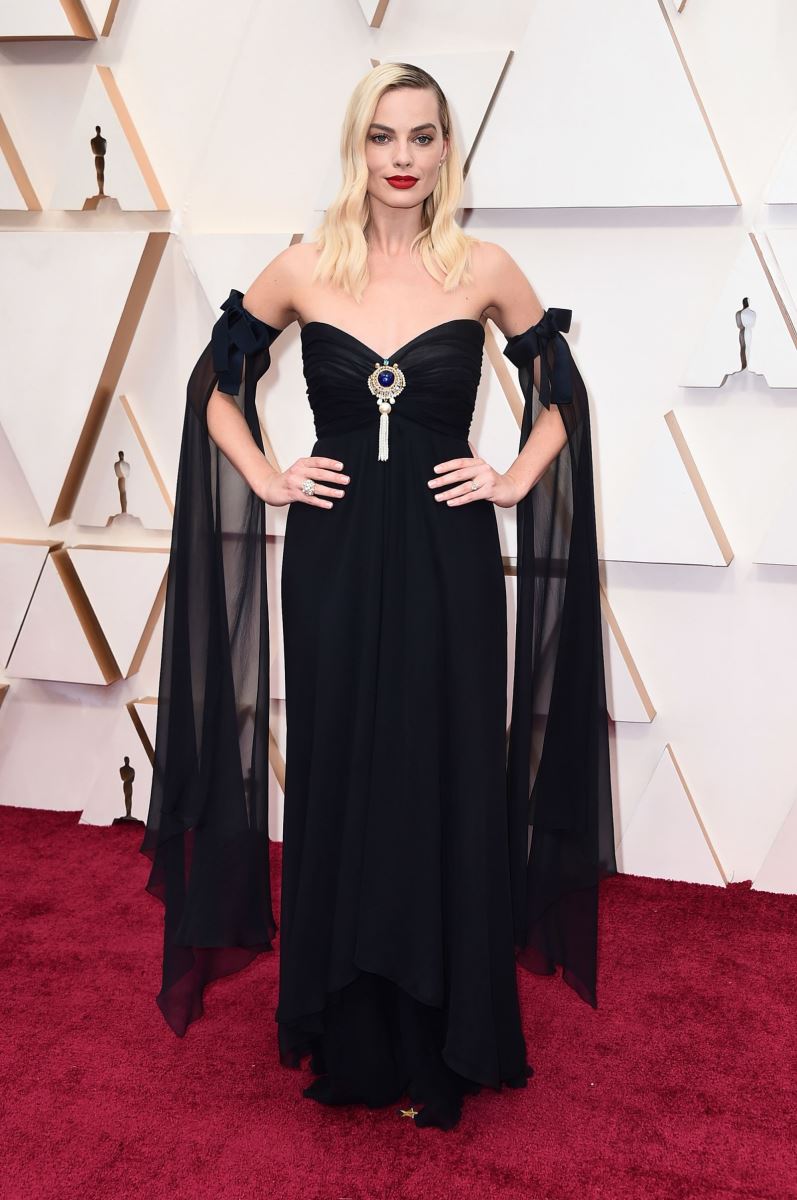 Margot Robbie was in vintage Chanel from 1994. We are feeling the attraction towards the bows on the arms and bejeweled bodice. 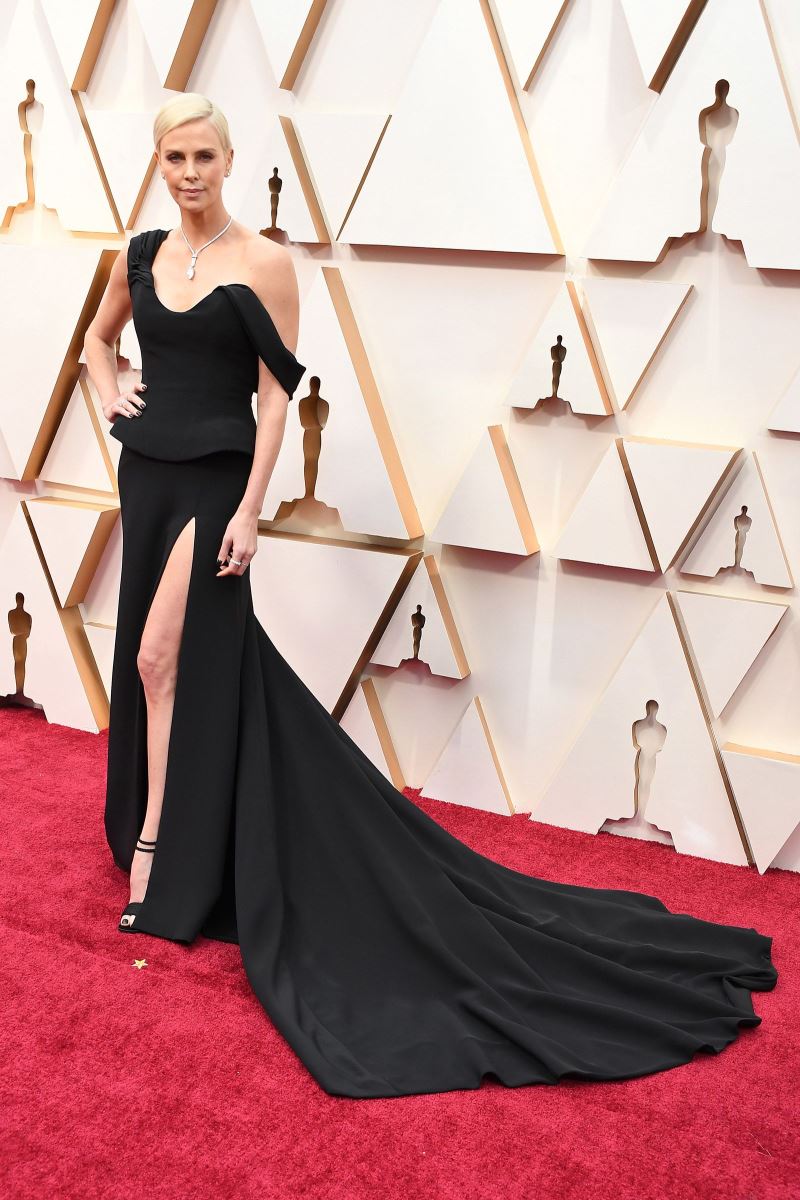 Another elegant black gown, another fashion moment for stunning Charlize Theron, she continues to prove Dior never out-diors on the red carpet! 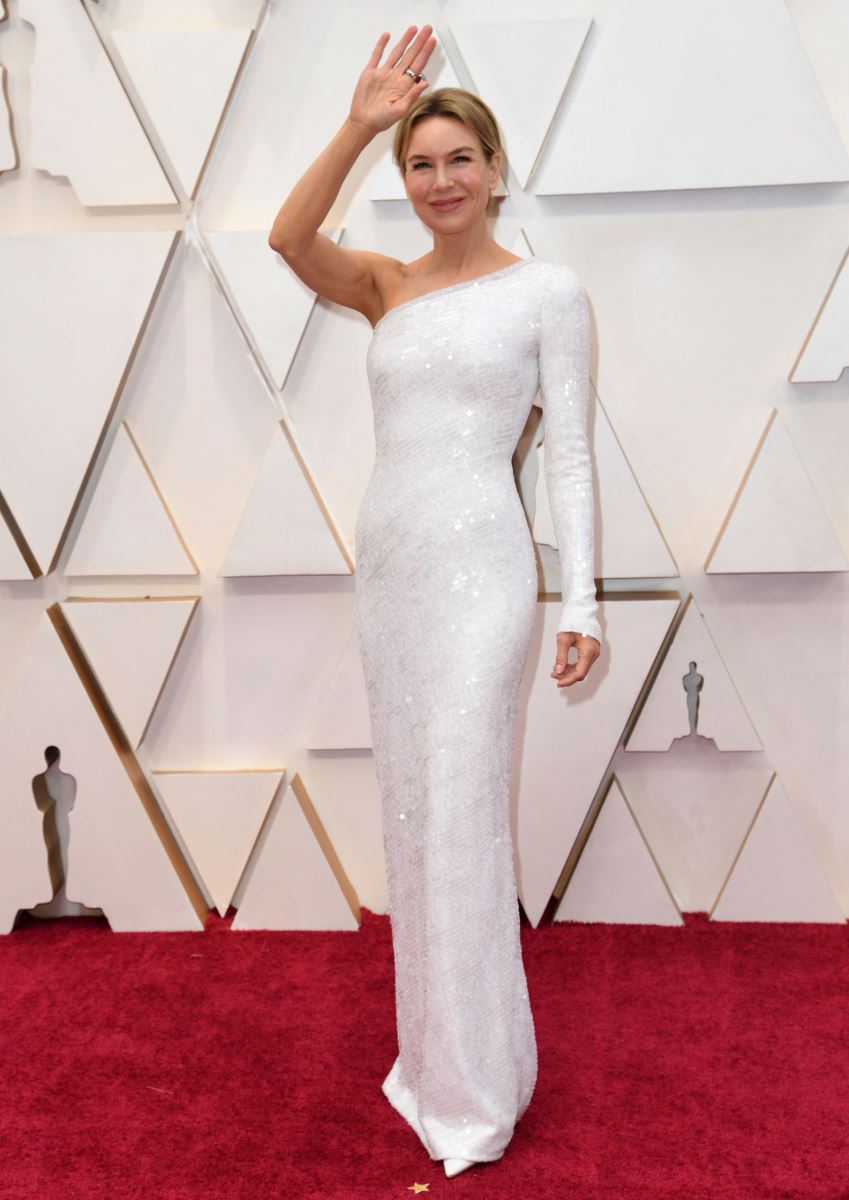 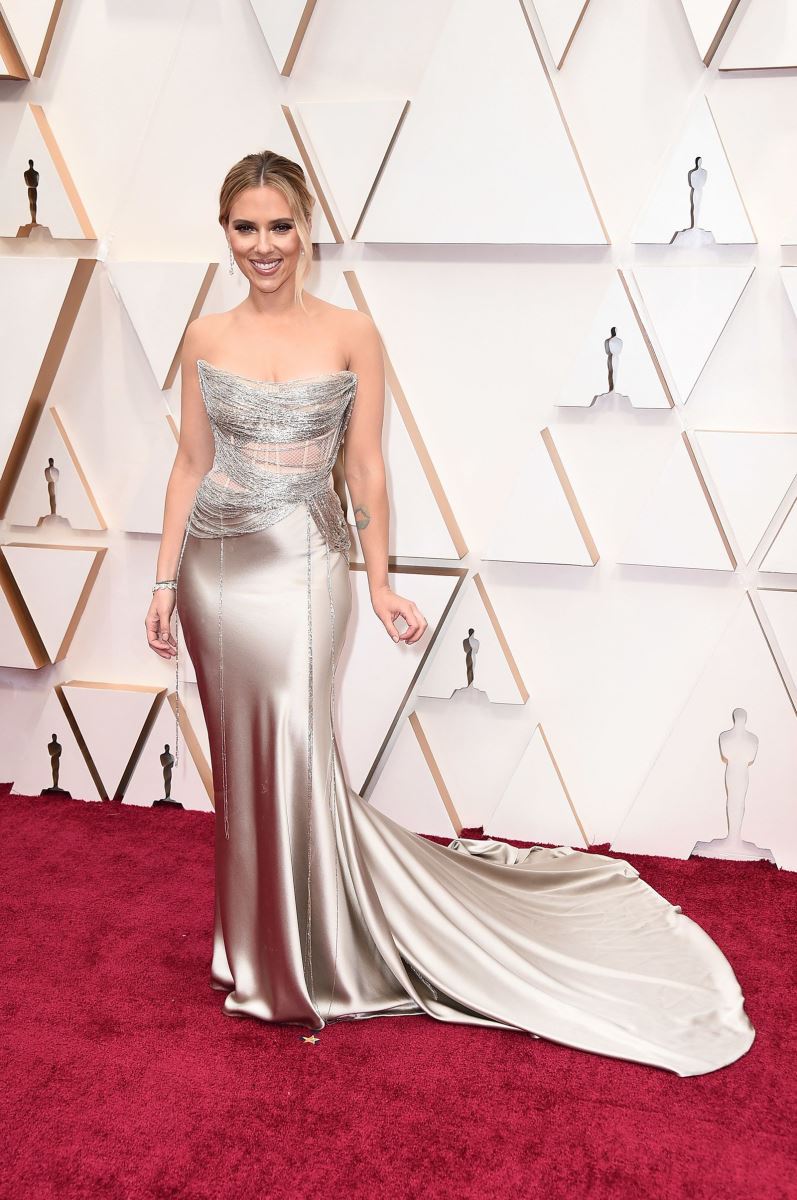 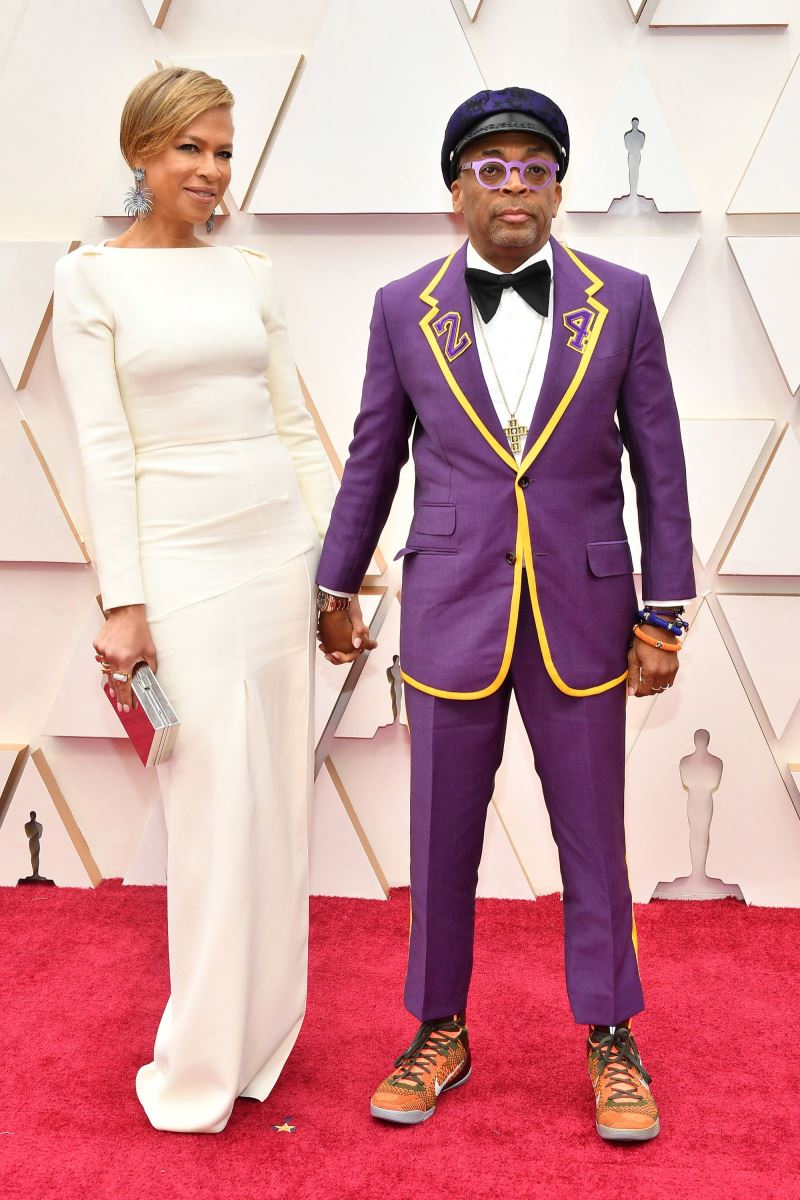 Major respect for Spike Lee's bold fashion move and statement suit. He paid tribute to Kobe Bryant in this purple and gold number, with ‘24’ printed on the lapels. 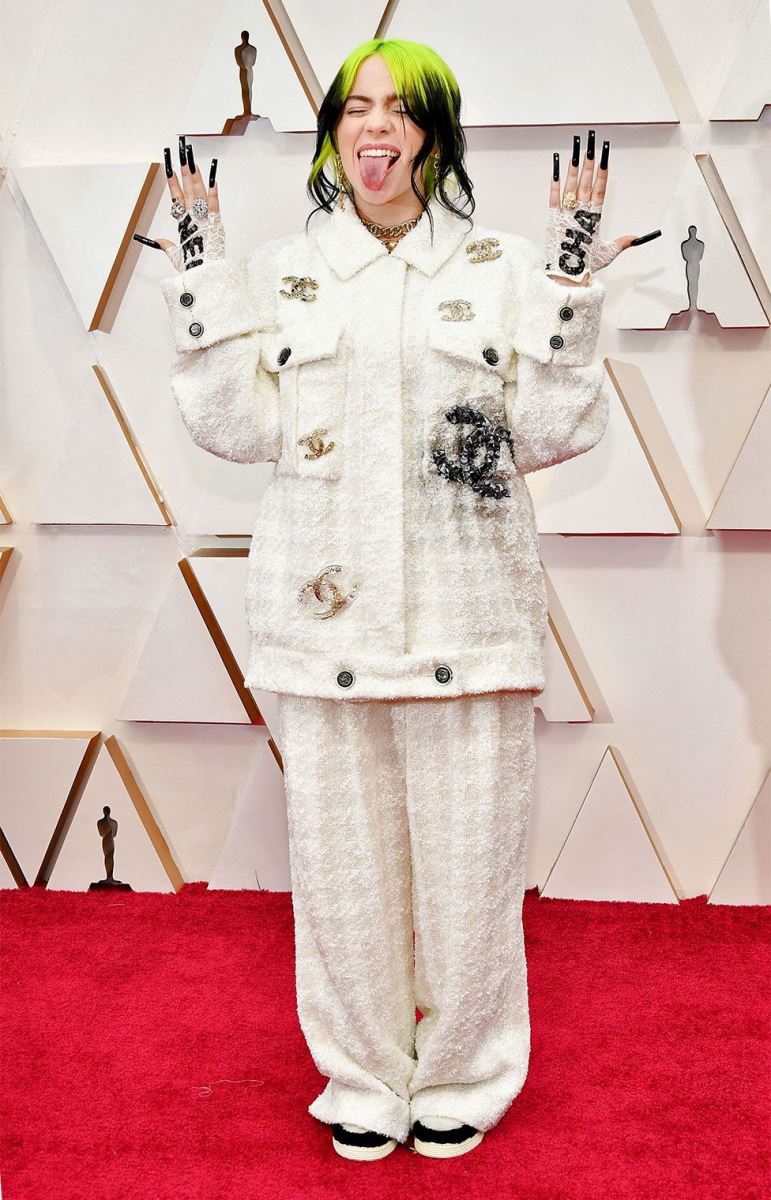 Billie Eilish arrived in head-to-fingertips Chanel. She certainly knows how to leave her mark on the red carpet with her unconventional outfit choices and style taste.