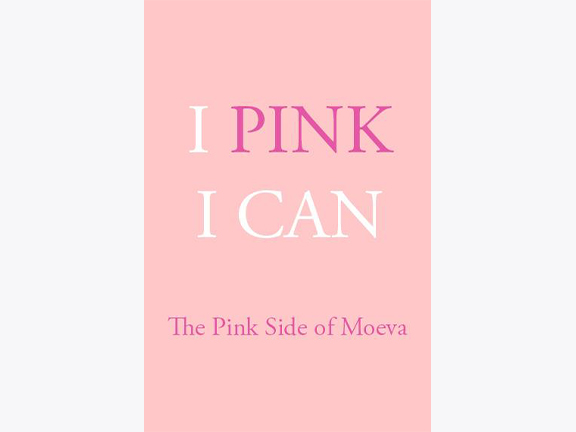 I Pink I Can

The month of October, every year this is the month where we all try a little harder to raise awareness for one of the most common types of cancers, which is breast cancer. Every year hundreds of women are diagnosed with breast cancer, however, it is also very common that most of these powerful and inspirational women survive this disease.

For this month, we have decided to dedicate a post about breast cancer and raising awareness. Also, we would like to share with you some stories of the women we all know and love, which you might find extremely inspirational.

The studies show that fewer women are getting it and even fewer are losing their lives fighting the disease.

"Cancer is not an inevitability. Women have more control over the disease than they think," says the author of "A World Without Cancer: The Making of a New Cure and the Real Promise of Prevention, Margaret I. Cuomo, MD. "Everything we do from the moment we wake--from what we eat and drink to whether or not we exercise and avoid BPA, parabens, and other carcinogenic chemicals--is a factor that can turn on or off the genetic switches in our bodies, including ones that could lead to cancer. The risk of many cancers, including breast cancer, can be significantly reduced by living a healthy lifestyle."

There are ways in which we can prevent catching breast cancer or stop the disease from growing.

1) Find out how dense your breasts are

2) Exercise and maintain a healthy diet

3) Search through your family cancer history 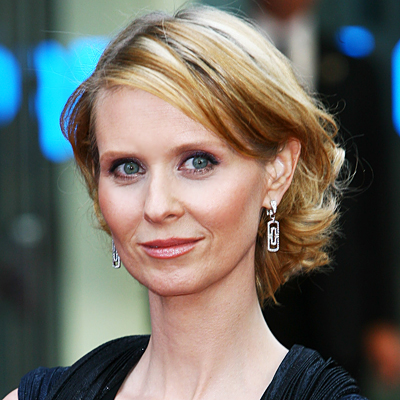 At first, the star Cynthia Nixon was hesitant to reveal that a cancerous tumor had been discovered in her right breast during a routine mammogram. Nixon, best known for playing the responsible Miranda Hobbes, didn't want her condition to become public during her treatment. "I didn't want paparazzi at the hospital, that kind of thing," Nixon told the New York Daily News after treating her cancer with a lumpectomy and radiation. But Nixon, whose mother also survived breast cancer, decided to tell her story when she realized it might serve as an inspiration for other women at risk. 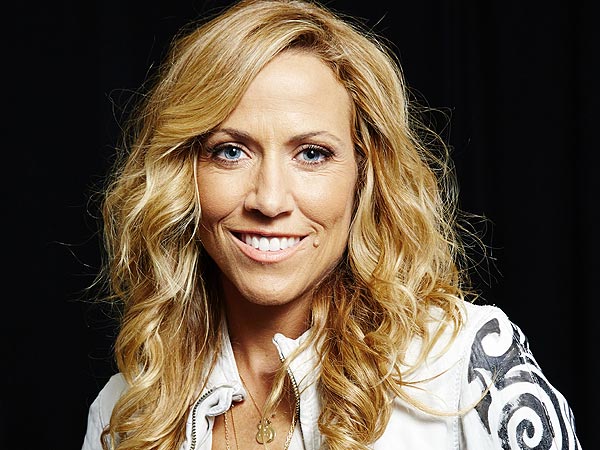 "I am a walking advertisement for early detection," Sheryl Crow said in October 2006 about catching suspicious calcifications in both of her breasts on a routine mammogram. She immediately postponed a tour, went into surgery, and had seven weeks of radiation. In March 2007, Crow (who has no close family history of breast cancer) petitioned Congress to fund research into possible links between breast cancer and environmental factors. 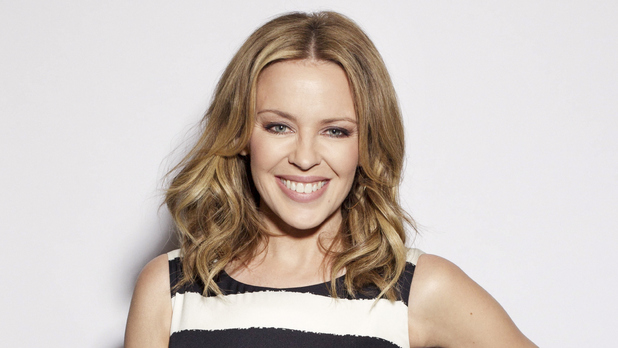 A misdiagnosis almost lost Australian pop star, Kylie Minogue, her chance to fight—and defeat—breast cancer. It wasn't until she decided to go in for the second round of tests that doctors found the lump in her left breast. A partial mastectomy, chemotherapy, and radiation followed. 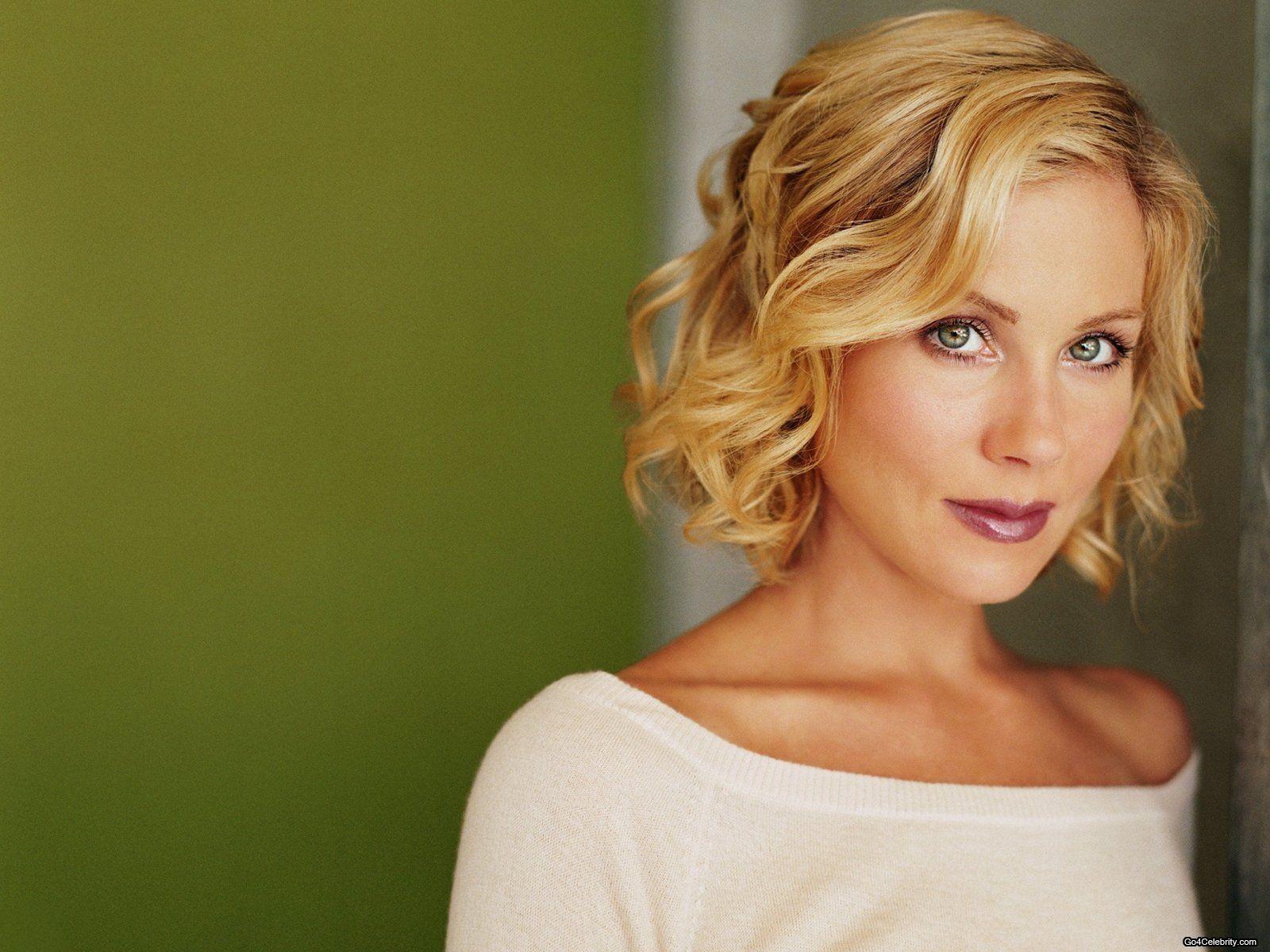 For most women, the idea of parting with one breast, let alone two, is unimaginable. But that's what actress Christina Applegate opted to do after she was diagnosed with breast cancer in the summer of 2008, even though cancer was found in only one breast.

Applegate—who tested positive for the BRCA-1 gene mutation and whose mother is a repeat breast cancer survivor—said she chose mastectomy to reduce the chance that the cancer could spread or come back. Applegate later founded Right Action for Women, a nonprofit that provides financial aid to women at high risk of breast cancer. 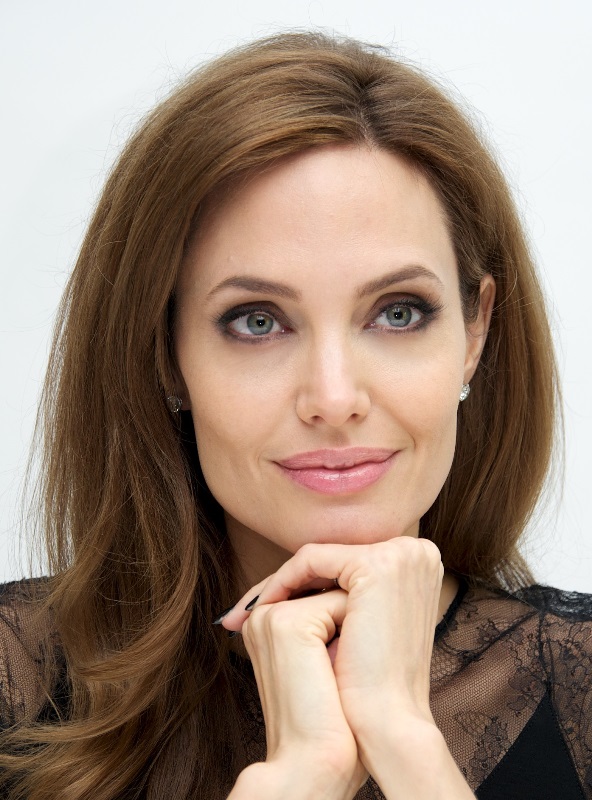 "Once I knew that this was my reality, I decided to be proactive and to minimize the risk as much I could. I made a decision to have a preventive double mastectomy. I started with the breasts, as my risk of breast cancer is higher than my risk of ovarian cancer, and the surgery is more complex.

On April 27, I finished the three months of medical procedures that the mastectomies involved. During that time I have been able to keep this private and to carry on with my work.

But I am writing about it now because I hope that other women can benefit from my experience. Cancer is still a word that strikes fear into people’s hearts, producing a deep sense of powerlessness. But today it is possible to find out through a blood test whether you are highly susceptible to breast and ovarian cancer, and then take action."

As MOEVA, we are aware of what needs to be done, and we have decided on supporting the cause by donating 30% of the total sales of Lucia Bikini, from the new SS15 Collection will be donated to the Breast Cancer Care in the UK. This particular model has been launched in order to help with the donations and create awareness through our website since it is important to be active on all agents.

Breast Cancer Care is a UK-based organization founded in order to create awareness and help women all around the world get the best treatment they can and help them fight breast cancer. 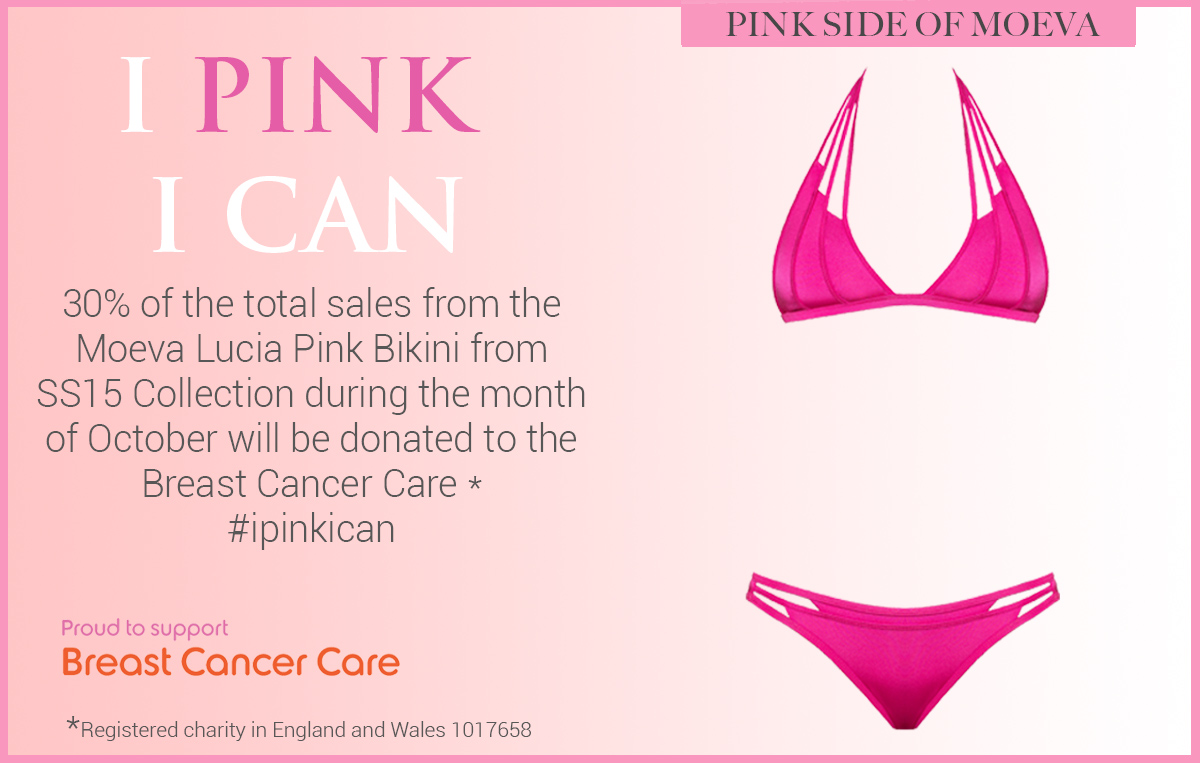